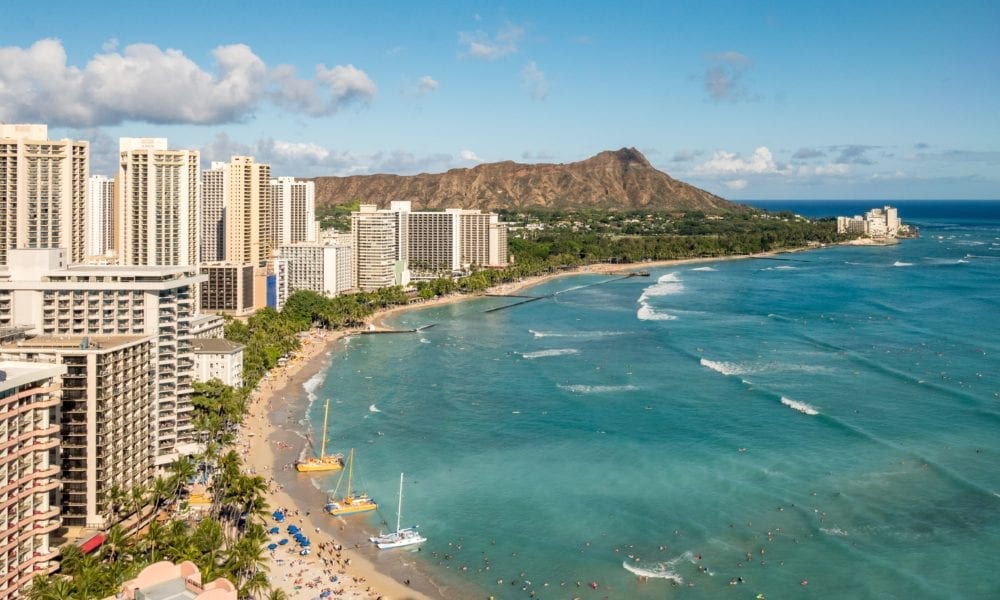 Honolulu Mayor Kirk Caldwell submitted a bill last week to regulate short-term rentals on Oahu. The proposal would allow owner-occupied bed-and-breakfasts (B&Bs) to operate in all residential, apartment, business, and resort zoning districts and rent out a maximum of two bedrooms for up to a total of 4 guests at a time. The proposal continues the ban of non-owner occupied transient vacation units (TVUs) outside of resort, business, and apartment zones.

The bill also requires all short-term rentals to register with the city and list registration numbers in advertising. Hosting platforms would be required to submit listing data to the city monthly that includes properties, owners, and rentals booked on their sites.

Applicants would be allowed only one conditional use permit at a cost of $2,000 every other year. No corporations would be allowed to apply. Permit holders would be required to maintain standards for parking, quiet hours and house rules, advertising, signage, and insurance. TVU owners who do not live on Oahu must appoint and list a local contact to receive notices and complaints.

If approved as is, the bill would also impose steep fines for violations. In a news conference on Friday, Caldwell said B&Bs operating without a license would be fined at a rate of $10,000 to $50,000 per day, and TVUs operating without a license would be fined from $25,000 to $100,000 per day. The city could also collect profits on illegal rentals, place liens on the property, take execution actions, and confiscate the property, he said. He called these penalties “heavy, draconian type of fines to send the clear message to folks that you need to comply with the law.”

Violations for more minor infractions such as noise complaints or not listing the property’s registration number in advertisements incur penalties varying from $500 to $10,000 daily and increase with the number of infractions.

Though tax rates are not included as a part of this bill itself, the draft specifies that the B&Bs and TVU distinctions will allow the city to tax each group appropriately, but tax rates will be proposed separately. The draft reads “Based on the Department of Budget and Fiscal Services’ (BFS) current analysis, the estimated tax rate for B&Bs could be approximately $6.45 and the tax rate for TVUs could be $12.90. An ordinance associated with new, higher taxes for STRs will be introduced by BFS in fiscal year 2020.”

The bill would also cap the number of all short-term rentals outside of the resort areas to no more than 1 percent of the total dwelling units in areas with development or sustainable community plans. The city estimates this would total around 4,000 approved short-term rental units on Oahu.

In a letter to city council attached to the bill, Kathy Sokugawa, acting director of the department of planning and permitting, writes “We would be the first to admit that this package will not completely solve the problems associated with short-term rentals in our communities. However, we believe that it will make a significant difference in reclaiming residential neighborhoods for residents, and still allow homeowners an opportunity to supplement incomes with short-term tenants.”

The mayor said the city recognizes the demand for short-term rentals from guests and homeowners, the importance of tourism to Oahu, and the complaints from residents about issues caused by short-term rentals, and the bill is an effort to strike a compromise among all stakeholders.

“At the end of the day, it’s about creating a level playing field,” said Caldwell. Of the almost 10 million annual visitors to Hawaii and 6 million to Oahu, they are all coming for different reasons and want different choices in accommodations, he said. He wants all parts of the industry treated fairly while minimizing adverse impacts on neighborhoods.

The mayor said the bill was drafted with considerations from an information group of hotel industry representatives, neighborhood coalitions, union representatives, real estate agents, short-term rental platform representatives, and other stakeholders who met over the course of seven meetings to develop the bill’s core pieces.

The draft has been submitted to the planning committee and then will move to the city council. The next planning committee meeting is scheduled for 10:30 a.m. on August 28, the agenda for which has not yet been posted. A public hearing date of September 5 is written on the bill’s memo from the department of planning and permitting, but the hearing is not yet listed on the city council’s official calendar.

Chicago Increases Short-Term Rental Tax to 6% to Support Victims of Domestic Violence
Vacation Rental Listing Site Launches Crowdfunding Campaign Ahead of ICO
X
We use cookies and similar technologies to recognize repeat visits, as well as to measure the effectiveness of campaigns and analyze traffic. By clicking "I Accept" you consent to the use of cookies unless you have disabled them.Accept