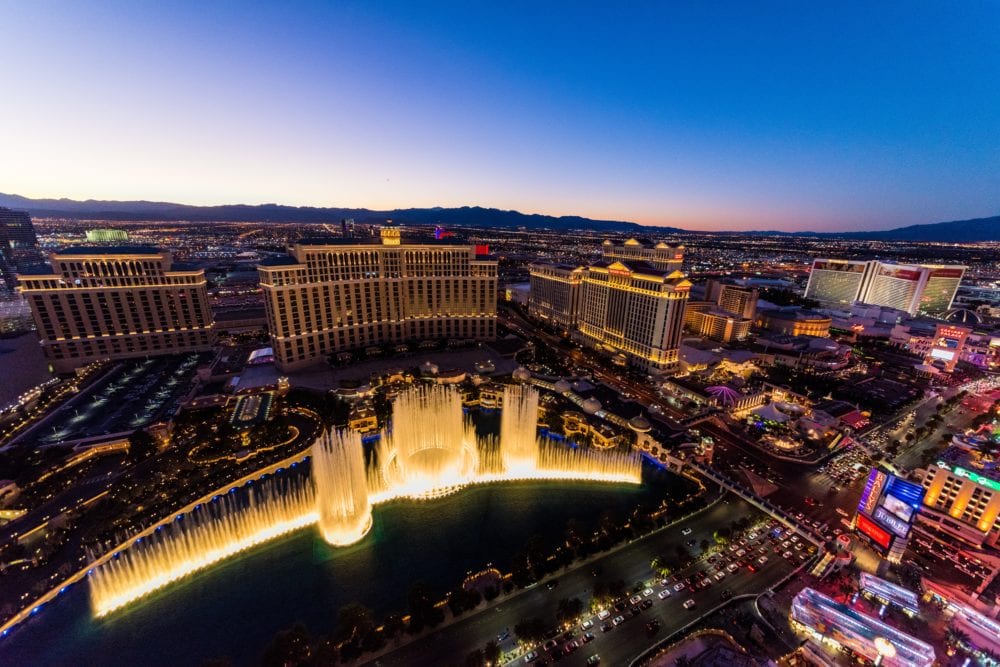 The Las Vegas city planning commission voted 4-3 Tuesday night to approve a ban of short-term rentals. The proposal will now head to the city council, which meets next on October 17 at 9 a.m. Discussion of the ban is not currently listed on the agenda.

More than 100 people testified at the planning commission’s meeting. Those in support of the ban cited party houses as a primary issue. Most attendees opposed the ban, including members of the Vegas Vacation Rental Association, which advocates for better homeowner education and enforcement.

Only 160 of these rentals are currently licensed. Under the proposed ban, these properties would be grandfathered in and allowed to continue operating with a nonconforming use permit until the property is sold.

So few short-term rentals are licensed due in large part to the arduous licensing process. Prior to the commission meeting, a second proposal was on the agenda to revise the ordinance and help address this but was removed at the last minute. This proposal sought to remove some of the burdens of acquiring a license, reduce license costs, require applicants to take a short-term rental best practices certification class, and add mechanics for better monitoring and response to potential problem guests, among other changes.

Despite the proposal’s removal from the agenda, David Krauss, co-founder of NoiseAware who consulted with the city council about the proposal, said, “There is still hope for an innovative ordinance that looks different from the carbon copies of other cities.”

Ahead of the commission’s vote, short-term rental supporters sent at least 2,516 protests to commissioners, most of which were emails templated from Airbnb that read:

I am writing today to express my opposition to the proposed ban on short-term rentals. Short-term rentals and platforms like Airbnb are good for Las Vegas residents, travelers and our local economy. Hosting helps Las Vegas families by allowing us to earn extra, important income to help make ends meet. Airbnb provides an affordable way for families and business travelers to visit Las Vegas and is often used for family trips, medical visits and other events like college commencement ceremonies. Bans are just not effective. Please vote no on the proposed ban on short-term rentals in residential areas.

During the commission meeting, commissioners criticized Airbnb for the email campaign and for not having representation present at the meeting.

Nathaniel Taylor, president of Taylor Consulting Group, Inc., wrote his own opposition to the ban. “I believe that the current ordinance has worked in the manner it was intended to,” he wrote. “I also believe that the city has the ability to regulate them in a way that benefits the community as a whole. Is it perfect? No, but that’s why I would support amending it in some manner but not an outright ban.” Taylor represents dozens of short-term rental clients navigating the permitting and licensing process, including 10 pending applications for which more than $10,000 in fees has already been paid to the city.

“We are working with local managers to advocate alternative solutions to an outright ban,” said Greg Holcombe, government relations manager for the Vacation Rental Management Association. “Bans do not work. Reasonable and enforceable solutions exist to address many of the council members’ concerns.”

“Last night’s planning commission vote was a dangerous step in the wrong direction for a city so dependent upon travel and tourism,” said Philip Minardi, director of policy communications for Expedia Group. “For over a year, HomeAway and the vacation rental community in Las Vegas have responsibly worked towards fair and effective rules that address community concerns and protect the right to rent. And while the proposed ban passed at the commission level, the debate is far from over.”

Las Vegas has passed six previous ordinances regulating short-term rentals. (They are banned in the rest of Clark County.) In the most recent ordinance that went into effect in July 2017, short-term rentals in residential areas are required to get either a conditional use verification (CUV) if the owner remains on site during the guest stay and the home has no more than three bedrooms, or a special use permit (SUP) from the planning department if the owner does not remain on site or the home has more than three bedrooms. Obtaining an SUP requires a two-part hearing process before the planning commission and city council, and applications cost $1,030.

Once an owner obtains a CUV or SUP, the city will inspect the property for safety features and other specifications. Then the owner must apply for a business license. Licensing requirements include the following:

Owners must also collect and remit between 10.5 percent and 13.38 percent transient lodging tax.

Licenses cost $500 per year, which does not include inspection, CUV, or SUP fees. Weddings and other special events are not permitted in short-term rentals, and guests must follow good neighbor rules regarding parking, noise, and trash. The city has a 24-hour hotline to respond to complaints.

According to the Las Vegas Convention and Visitors Authority, 42.2 million travelers visited Las Vegas last year, generating $2.2 billion in public revenues. The city had an average 88.7 percent occupancy of its 146,993 available hotel rooms.