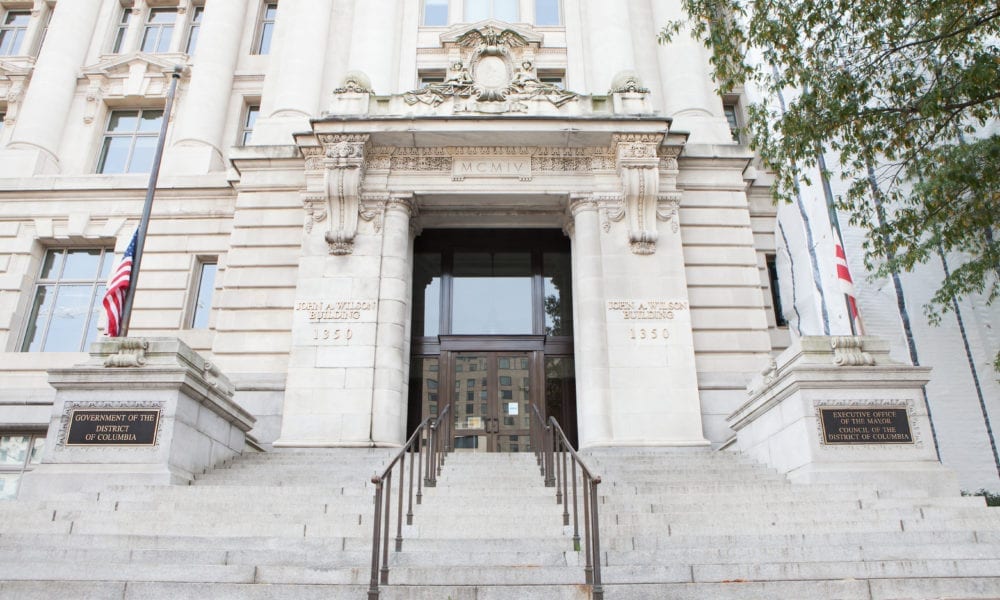 All 13 DC councilmembers voted last week to approve short-term rental regulations that include a ban of second-home rentals and a 90-day limit on non-owner-occupied rentals of primary residences.

The estimated cost is based solely on lost revenue the city currently receives from short-term rentals. It does not account for the administrative costs that will be required for enforcement and registration. “The exact size and scope of this administrative cost [has] not yet been determined, but it is expected to be large,” the report states.

Prior to the bill’s vote, councilmember Charles Allen proposed an amendment extending the 90-day limit on non-owner-occupied rentals to 120 days for flexibility for residents deployed away from home for months at a time, like service members and diplomatic personnel.

Councilmember McDuffie, whose original draft of the bill capped non-owner-occupied nights at 15 per year, urged his colleagues not to support Allen’s amendment. “What we’re doing today, the underlying bill, is consistent with what I think is evolving into a best practice of jurisdictions across the country,” he said.

Council Chairman Phil Mendelson argued that the 90-day limit is common in other cities imposing short-term rental regulations, particularly those with affordable housing shortages, such as San Francisco.

Councilmember Mary Cheh supported Allen’s amendment and believed the bill was too restrictive. She also supported an earlier part of the amendment (which had since been removed) that would allow homeowners to rent out a second property in addition to their primary residence, or a “plus one.” “I hope between now and second reading we can revisit that,” she said.

Councilmember Brandon Todd agreed with Cheh and added that many of his constituents were concerned about their property rights. The two voted in support of Allen’s amendment, along with councilmembers David Grosso and Robert White, but they were outvoted by the remaining eight councilmembers.

Further discussion on the non-owner-occupied night cap and “plus one” rentals is expected, but a news post on the council website states that all pending legislation is on a tight timeline. “Legislation introduced in 2017 or 2018 that is not passed by January 2 of 2019 must begin the entire legislative process all over again in 2019,” the post states. This is the second time a short-term rental bill has been considered by the DC council. A similar bill proposed in September of 2015 lapsed at the end of the 2015–2016 council period.

TurnKey Adds InvitedHome Co-founders to Management Team
Las Vegas Planning Commission Sends Short-Term Rental Ban to City Council
X
We use cookies and similar technologies to recognize repeat visits, as well as to measure the effectiveness of campaigns and analyze traffic. By clicking "I Accept" you consent to the use of cookies unless you have disabled them.Accept