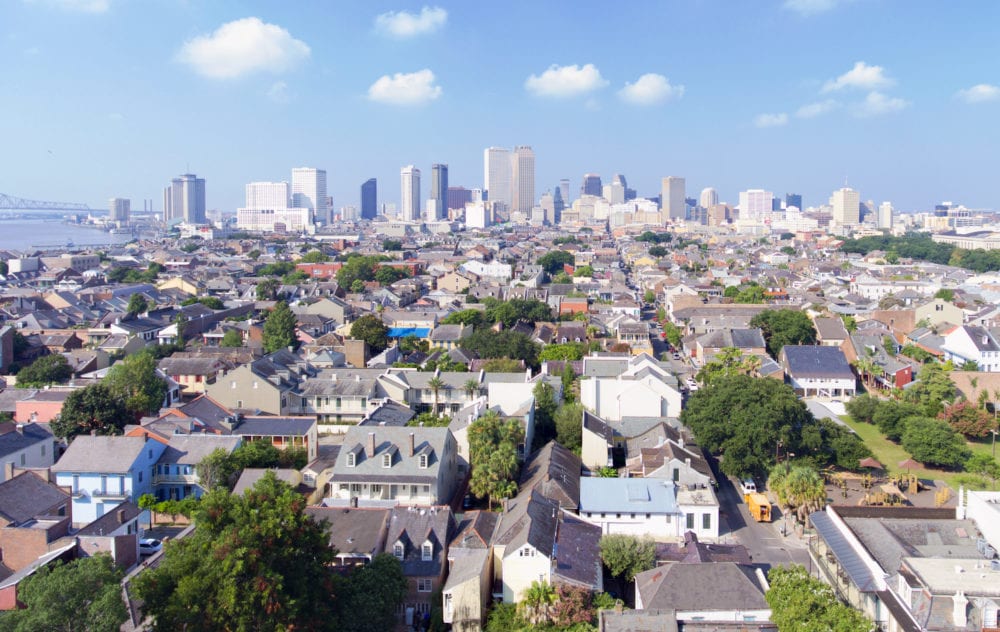 Last week HomeAway submitted a short-term rental policy proposal to the city of New Orleans. Its Whole-Home, Whole-Community Policy Solutions proposal follows a measure passed by the city council in May to block new short-term rental permits of most non owner-occupied properties in an “Interim Zoning District” for nine months.

The interim district includes the historic core, historic urban residential and nonresidential zones, and the central business district. The measure was passed in the May 24 city council meeting along with another measure for the city planning commission to conduct a study on the effects of short-term rental regulations. The council will use the results of the study to guide additional or amended legislation. Both measures passed by a vote of 7–0.

After hours of public testimony on both sides of the issue at the May meeting, council president Jason Williams said “A pause button has to be pushed,” noting the problems caused by short-term rental concentration in residential areas but also the opportunities such rentals can be for languishing properties. “We asked to do this study so we can figure out how to get it right.” The study must be completed by September 21.

The council votes followed a study by Jane Place Neighborhood Sustainability Initiative (JPNSI), a community land trust (CLT) and housing rights organization, of short-term rental impacts on housing over the first year of the city’s new regulations. According to its executive summary, the study “exposes the ways in which short-term rentals (STRs) exacerbate New Orleans’ housing crisis and provides recommendations to elected officials, leaders in the cultural sector, and individual residents to mitigate the negative impacts of STRs.”

“Jane Place does not think that short-term rentals are the entire cause of the housing crisis,” said Breonne DeDecker, the organization’s program manager of housing and policy, in her presentation of the study to city council in the May meeting. “But we think what is happening now is short-term rentals are driving a housing market that is already in crisis further and deeper into crisis, particularly in residential neighborhoods where a lot of public money has gone into improving the quality of life for our residents, and now people are being pushed out due to high property taxes, high costs of living, and high rents.”

Also in its study, JPNSI called for several policy changes:

HomeAway’s responding proposal was developed with dozens of stakeholders over recent months, including a June 14 event in which the company hosted 110 community members.

[Read Minardi’s account of the event and more about local advocacy in “A Case for Vacation Rental Advocacy: The direct impact of local regulations” from the Summer 2018 issue of VRM Intel Magazine.]

“Over the last several months in New Orleans, the HomeAway Government & Public Affairs team has met with over 200 local property managers, housing advocates, owners, small business leaders and neighbors to gain a better understanding of what fair and effective short-term rental policies could look like for the Crescent City,” Philip Minardi, head of public affairs at HomeAway’s parent company, Expedia Group, wrote in an email announcing the proposal. “The regulatory roadmap pulls from lessons learned in communities across the nation to lay the foundation for a comprehensive and enforceable policy that works for all.”

Minardi said the policy is supported by the Alliance for Neighborhood Prosperity (ANP), a non-profit organization of property owners, property managers, and others who support private home rentals in the city. According to its website, its mission is “to provide visitors with a variety of housing choices and the opportunity to experience diverse New Orleans neighborhoods; to preserve, repair, and restore residential housing stock; and to promote economic opportunities for local neighborhoods while preserving or improving the overall quality of life.”

According to the city’s public registry as of August 6, there are 3,846 active permits and 500 pending applications. Of active listings, 1,088 are accessory rentals, 1,014 are commercial, and 1,744 are temporary. The nine-month block of select permits in the interim zone does not affect previously-approved permits.

Short-term rentals of all types (and new hotels) are banned in the French Quarter, and they cannot be used for social or commercial events. All short-term rentals must also follow maximum occupancy rules, display a license placard on the front of the home, and collect and remit taxes and fees, among other rules and requirements listed on NOLA.gov/short-term-rentals. Taxes and fees include the 4 percent hotel/motel sales tax, the hotel occupancy privilege tax of $0.50 per rental night, and a $1 per rental night fee that benefits the NHIF.

HomeAway estimates that increasing the nightly fee to 2 percent could generate $20.6 million annually, using averages from a University of New Orleans Hospitality Research Center study prepared for the ANP. Researchers conducted 319 surveys of short-term rental guests and studied other survey data from the hospitality research center and division of business and economic research at the university, data purchased from market research company TNS, and other sources. The study found that approximately 595,000 visitors to the city stayed in short-term rentals last year, generating a total economic impact of $899.2 million. This spending is expected to create or support nearly 10,200 jobs and a total of $263.1 million in additional earnings for New Orleans residents, the study reports.

The next scheduled city council meetings after the planning commission study deadline of September 21 are currently on the calendar for October 2 for the community development committee and October 4 for a regular city council meeting. The agendas for both meetings have not yet been posted.