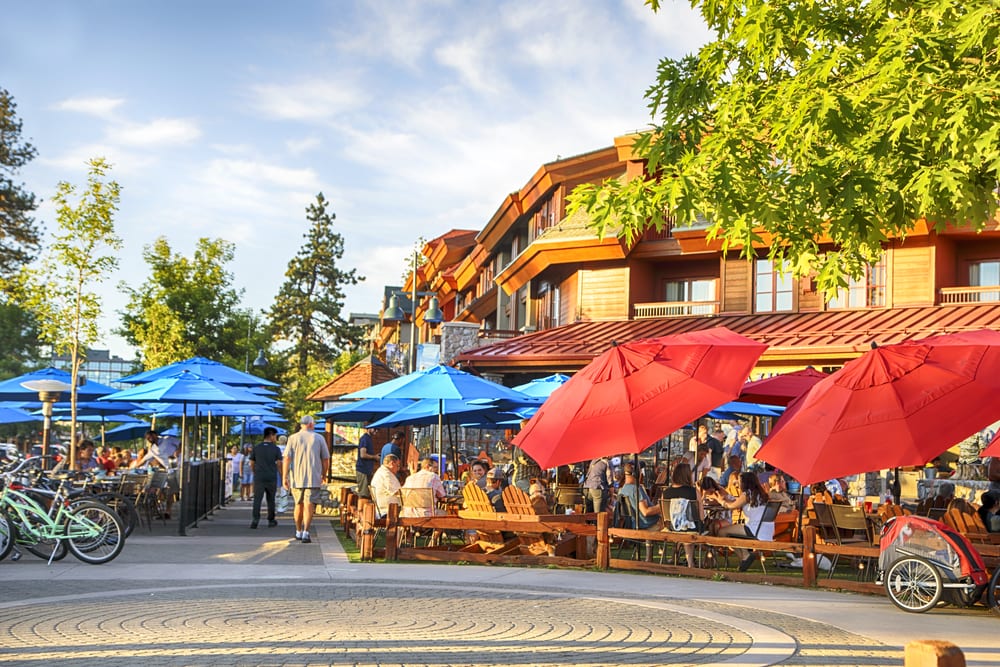 On Tuesday, South Lake Tahoe City Council voted to order a report on the financial impact of a proposed vacation rental ban before it decides whether the initiative will be listed on the ballot in November. The Tahoe Neighborhoods Group’s petition collected enough signatures to qualify for the ballot, and if approved, it would phase out 1,400 vacation rentals outside of the tourist core district (75 percent of vacation rentals in the city).

South Lake Tahoe is a resort city on Lake Tahoe in the Sierra Nevada mountains in California. According to the Sustainable Community Alliance, a group formed to oppose the ban, vacation rentals generate nearly $3 million in tax revenue for the City of South Lake Tahoe, and their guests spend $65–80 million at local businesses annually.

South Lake Tahoe is already one of the most strictly regulated vacation rental markets in the country. After further tightening its Vacation Home Rental (VHR) Ordinance at the end of 2017 and removing warnings ahead of fines for violations, the area is earning a reputation as “the city of $1,000 parking tickets.”

Outside the tourist core district, vacation rental owners must register with the city and apply for one of 1,400 permits available in residential areas, which can cost up to $1,325 annually. Rules regarding parking, noise, hot tub use, and trash are required to be posted around the property, and violations of these rules are subject to a minimum $1,000 fine to both the guest and the owner or property manager, who often passes the fine on to the guest for a total of $2,000 per violation. If an owner receives three citations in any 24-month period, his or her permit is permanently revoked.

Stuart Roberson, partner at RnR Vacation Rentals, also said that property managers learned to work with the previous ordinance, but the latest policies have his guests “walking on eggshells.” The VHR Ordinance “has created vigilante groups against vacation rentals and turned residents into prosecutors,” he said.

“South Lake Tahoe’s ordinance has had very little positive effect other than extra revenue for the city from fines, revenue which is largely offset by the expense of identifying those violations and collecting those fines,” said Greg Holcomb, government relations manager with the Vacation Rental Management Association. “The negative effect is that South Lake Tahoe is now being seen as an unfriendly community to tourists and to the small business community.”

Though the intent of the regulations was to curb the increasing number of vacation rental homes in residential areas and keep nuisance guests at bay, a Reno Gazette Journal investigation found “The law is being used to enforce hefty parking violations: Parking accounted for 51 percent of all complaints made by callers and 60 percent of all violations cited by enforcement officers. The total fines levied for parking during the first three months of the updated VHR ordinance added up to about $90,000.” Additionally, only ten of forty-seven noise complaints were deemed valid, and of those, only three were attributed to partying.

The city council has since begun revisiting ordinance rules and fines, including discussion on Tuesday’s agenda. During public comment, Roberson requested that the three-strike rule be removed to eliminate the vigilante problem. He also took issue with the parking citations, which allow a guest to be penalized when they are otherwise following all rules and not being disruptive.

“Stu’s right – it’s the parking,” said Joshua Priou, the director of Lake Tahoe Accommodations. He said the city needs to stop the citations that could ruin someone’s VHR because of parking.

During the public comment period scheduled for discussion of the proposed ban, several property managers and vacation rental homeowners argued that the city hadn’t given enough time to see if the updated ordinance rules had time to work. Most of them also opposed the ban on the grounds of the loss of jobs that would result.

Meanwhile, the Sustainable Community Alliance, which includes the Lake Tahoe South Shore Chamber of Commerce and sponsorship by the National Association of REALTORS®, advocates for regulations instead of a ban. Its South Lake Tahoe Vacation Home Rentals Restrictions Initiative draft appears to model the Palm Springs Ordinance 1918. Its proposal includes similar noise, occupancy, trash, and good neighbor policies, along with the requirement of guests to receive a copy of these rules. The group also supports the establishment of a citizens’ oversight committee to enforce local vacation rental policies and develop “best practices for managing occupancy issues regarding vacation home rentals that protect neighborhoods and promote economic development.”

On May 21, the Sustainable Community Alliance submitted 1,827 signatures to the South Lake Tahoe City Clerk for its own petition to include its Vacation Home Rental Restrictions Measure on the November ballot.

Philip Minardi, director of policy communications with HomeAway, has a more optimistic view and said that for the most part, the majority of vacation rental owners and managers were comfortable as long as the ordinance kept the industry legal and viable in South Lake Tahoe. He now sees a “comfortable standoff” between pro- and anti-vacation rental groups.

Stuart Roberson said that while he believes the Sustainable Community Alliance’s measure is well-intentioned, he doesn’t agree with a few key parts of it, including the permit cap, the requirement that the cap on permits stays at 1,400 and cannot be changed without a vote of the people, and the non-renewal of a permit if the home generates less than $1,500 of transient occupancy taxes during the year prior to the permit’s expiration. “This doesn’t impact property managers, but it does impact local residents who want to rent their homes only occasionally,” he said.

The Sustainable Community Alliance measure has not yet been certified that it collected the minimum number of required signatures. Still, the general opinion is that both initiatives will end up on the November ballot. Speaking about the ban, Roberson closed his comments with a request: “Save our jobs, save our community,” he said, “and please, if you don’t want this to pass, let the public know.”