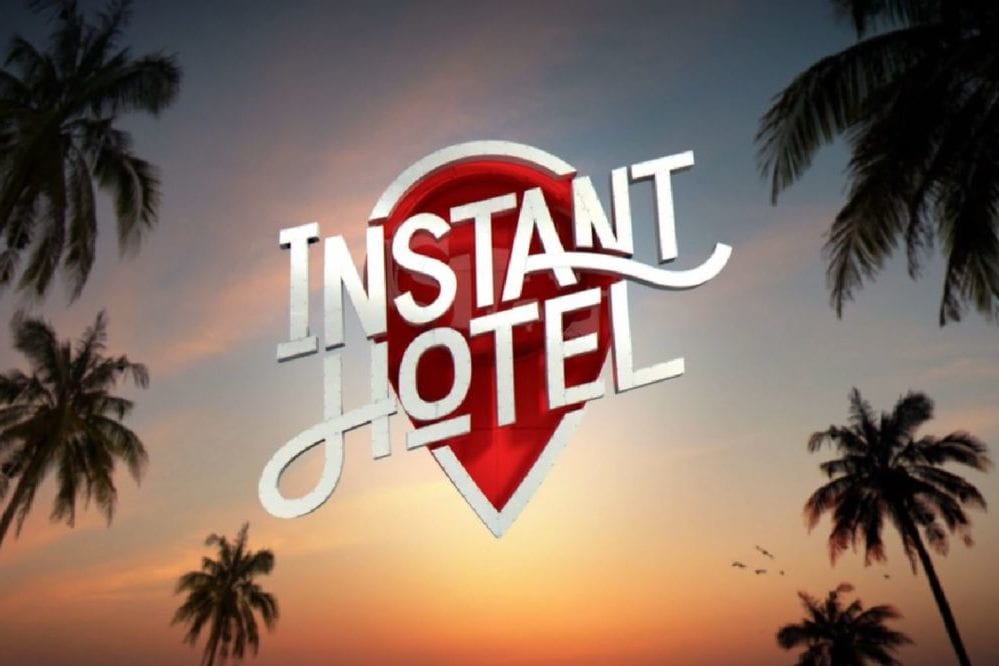 Netflix users in the US can add another vacation rental reality series to their watch list: “Instant Hotel.” The Aussie reality competition show pits 10 pairs of vacation rental hosts against each other to see who has the best short-term rental, or as they call it, instant hotel. The prize: an all-inclusive trip to a vacation home in Palm Springs, California, rumored to belong to Leonardo DiCaprio.

Spoiler Alert: This article does not reveal the competition winner, but there are other spoilers ahead.

Originally airing on Australia’s Seven Network at the end of 2017, “Instant Hotel” is hosted by Luke Jacobz, an Australian actor and television host. He’s joined by judge Juliet Ashworth, partner and creative director for CHADA, an interior architecture firm that specializes in high-end hotels and resorts.

In the competition series, contestants are split into two groups of five pairs. The first five episodes follow one group as they spend a night in each other’s properties and take part in local experiences selected by the owners. The guests evaluate each home on four factors: the house itself, the location and local attractions, their night’s sleep, and the value for money. Each pair’s score out of 10 is combined into a group total out of 40.

Ashworth also supplies a score out of 10. She, too, evaluates the property on the house, the location and area attractions, and the value for money, paying close attention to the home’s design and cleanliness.

At the end of the first episode’s score reveal to the hosts, the first twist shakes things up: The hosts get to rate the guests, too. Unbeknownst to the guests until then, the hosts inspect the house after departure and evaluate them on their observance of check-out times, cleanliness, and house rules. Their score out of 10 for the group is added to each guest pair’s total score at the end of the round.

The same process plays out in the second five episodes with group two, then the winners from each round go head to head in the two-episode grand finale. A mixed group of pairs from both rounds make return visits to the finalist instant hotels, only this time, they must come to a consensus on a score out of 10 for each of the four criteria. Ashworth returns, too, to judge the original factors as well as how successfully the hosts listened to feedback from the first rounds.

As can be expected, the peer judging system creates a heavy dollop of controversy amongst the colorful and even vicious TV personalities. In the first group, a predictable rivalry forms between Babe and Bondi, the margarita-loving mother-daughter duo from Bondi Beach, and Brent and Leroy, the “fussy couple” from Port Douglas who like to speak in catchphrases.

“The house looks like lipstick on a gorilla,” says Leroy in the score reveal of Babe and Bondi’s coquettish home and garden.

“I know you say the devil is in the detail, but I think you’re the devil,” Babe retorts.

Their practiced, snippy one-liners and snide comments come nowhere close to the vindictiveness in group two. In this round, Point Cook’s Sturt and Serena, who repeatedly reminds everyone that she is in the top 1 percent of TripAdvisor reviewers, connive and stir up issues for lower scores. (After the show, Serena was trolled and threatened so badly that she and her family were forced to remove her rental listing and leave the country.)

Socialites Mikey and Shay do their own fair share of scheming and smack talking, and the group’s tension reaches fever pitch at the end of round two when guests visit their home in West Pennant Hills. Made out by Mikey and Shay to be an unbeatably glamorous hotspot, it turns out to be Mikey’s parents’ stodgy antique-filled house, complete with an “age care facility” smell and cats, turtles, and fish guests are required to feed.

It earns the lowest score from both the competitors and Ashworth of the entire series. Visibly enraged, Mikey and Shay give the guests a venomous (and obviously rehearsed) score of two: “One because the animals are still alive, and two because you’re leaving,” synchronized sassy hand gestures and all.

What “Instant Hotel” Means for the Vacation Rental Industry

For property managers who like to kick their feet up and indulge in a catty reality competition set in the familiar vacation rental business, this show is certainly worth the binge. But entertainment value aside, “Instant Hotel” could have noteworthy implications for the industry.

On the positive end, the series provides a new lens through which to evaluate properties. The pared-down judging criteria allow property managers to step out of the weeds of day-to-day management and focus on what it all boils down to for guests: the house, the location and area attractions, a good night’s sleep, and the value for money. Taking a moment every now and then to evaluate homes on these simplified factors–and how well their marketing efforts convey them–could be a welcomed reset button when things become overcomplicated.

The show also provides a unique look at how self-managing owners perceive and run their properties. Though taken with a grain of camera-ready salt, the inside look shows why and how these owners have created their vacation rentals, along with their decision-making factors, values, and challenges. Woven unspoken through all of this is why they choose to manage their homes themselves rather than hire property managers (although two pairs technically manage someone else’s property.) This perspective is eye-opening for property managers who want to appeal better to RBOs, particularly in how they can address challenges owners face, such as Brisbane couple Terry and Anita’s 12-hour turnover cleaning process for which they charge guests $360.

RBOs, for that matter, are benefiting too. Homeowner forum threads are filled with hosts sharing how they’re getting ideas to improve their own properties and finding value in the guest perspective, potential catalysts for elevating RBO inventory on a widespread scale.

What’s problematic, however, is the name “Instant Hotel,” doubled-down with a hotel-designer judge instead of a vacation rental expert. To Ashworth’s and the show’s credit, all of her critiques and suggestions were valid and appropriate for vacation rentals. The front-and-center tie to hotels, however, can have some negative and perhaps dangerous implications for the industry amid new anti-short-term rental proposals popping up on legislative agendas seemingly daily. Opponents of short-term rentals often describe them as “de facto hotels.” It’s only a matter of time before citizens and lawmakers use the show as “proof” of the image. “There’s even a popular Netflix show called ‘Instant Hotel’ that proves short-term rentals in our neighborhoods are really hotels,” one John Doe will say in a passionate city council testimony.

In fact, at least one of the rentals on the show landed in regulatory hot water after airing. Byron Shire mayor Simon Richardson called out Sam and James for their Gold Coast home being an unauthorized short-term rental and ignoring more than 21 complaints made to the city council about the property.

Looking ahead, a second season of “Instant Hotel” is in the works, though with a new host: Laurence Llewelyn-Bowen. The season will air on the Seven Network sometime in 2019 and is expected to come to Netflix in the US afterward.

Casting for season two has closed, but hosts in Australia interested in applying for potential future seasons can sign up for email alerts from MyCastingNet here.

Emerald Coast by Owner Acquires DestinFlorida.com, Expands Direct Booking Effort
Be a Friend to Your Mayor and Create Good Regulations