Part 1: TripAdvisor Issues – “What’s going on with FlipKey/TripAdvisor?” (Pt 1 of 4) 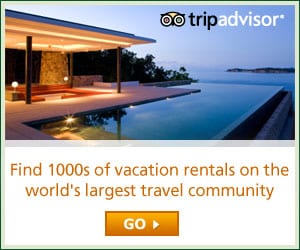 Throughout the second half of 2014 and into 2015, vacation rental managers have been reporting a multitude of issues with their listings on FlipKey/TripAdvisor.

From customer service to technology integration flaws and pricing complaints, property managers have been struggling with listing their properties and are questioning TripAdvisor’s dedication and direction regarding professionally managed vacation rentals.

After having all of their listings disappear from the FlipKey/TripAdvisor sites, one property manager sent the following email to their account manager:

And this particular issue, along with a dozen others, has been reported for the last 18 months to VRM Intel, so we wanted to know…What is going on with TripAdvisor/FlipKey?

This series of articles covers the following:

Part 3: Where is TripAdvisor heading with vacation rentals, and how do they stack up against the competition?

TripAdvisor was founded in February 2000 by Stephen Kaufer, Langley Steinert, and several others. Stephen Kaufer says the original idea wasn’t a user generated social media site to swap reviews. “We started a site where we were focused more on those official words from guidebooks or newspapers or magazines. We also had a button in the very beginning that said visitors add your own review and boy did that just as take off.”

In 2004, TripAdvisor was purchased by IAC/InterActiveCorp. IAC spun off its travel businesses under the Expedia, Inc. name in August 2005.

In August of 2008, Expedia-owned TripAdvisor announced it had taken a majority stake in vacation rental marketplace FlipKey which had 50,000 U.S. vacation rental listings. In perspective – in 2008 -HomeAway had over 250,000 listings.

“Vacation rentals is the hot emerging category in travel and FlipKey has a great foundation and a smart business approach,” said Steve Kaufer, founder and CEO of TripAdvisor about the acquisition. “We believe we can help FlipKey become the leader in the space and, in turn, FlipKey content will satisfy a growing need for TripAdvisor users.”

In December 2011, TripAdvisor was spun off from Expedia in a public offering. FlipKey remained under the TripAdvisor umbrella.

TripAdvisor announced in February 2015 that they are moving away with the FlipKey brand and naming their vacation rental initiatives as TripAdvisor Vacation Rentals (TAVR).

As most property managers who work with TripAdvisor know, many of the familiar faces in TripAdvisor Vacation Rentals (TAVR), formerly known as FlipKey, have left the company, leaving an apparent hole in knowledge of the industry.

The customer service issues reported by property managers are:

Sanctuary Vacation Rentals, located in California’s Monterey Peninsula, saw all of their listings disappear from the TripAdvisor sites in July 2015. The email to TripAdvisor stated, “Last Wednesday (7/15) ALL our listings went offline on our FK Admin site and ALL the live FlipKey and TripAdvisor marketing sites.”

According to an insider, TripAdvisor recently made significant changes to their technology. It is possible that missing or incomplete data fields in integration with software interfaces caused problems, but the lack of experience and industry knowledge in the new TripAdvsior team has made it difficult to identify or address the issues.

A vacation rental manager in Oregon reported, “I have gone down to listing only a few homes. Because their model is to list the absolute lowest nightly rate we have, we get lots of people inquiring who are looking for a cheap deal.  For some reason, they do not understand that rates are higher in the summer season and that the posted nightly rate does not include taxes, fees, etc.”

In Maine, Justin Ford, owner of On the Water in Maine Vacation Rentals, said, “The biggest issue we had with FlipKey and TripAdvisor (that they both blamed on each other and never fixed) was that a property that had previously been managed by another rental company switched to us for management.  We, of course, listed it on FlipKey as we have a relationship with them. FlipKey ‘identified’ that the property was the same one listed with the previous agency and not only re-attached previous negative reviews for that property to our new listing of it, but they also copied over the horrible responses to those reviews from the previous agency, and attached our logo to those responses making it out that we responded to the negative reviews.”

Ford added, “We spent 6 hours on the phone with FlipKey and TripAdvisor trying to fix it, but neither would. We finally had to change the marketing name of the property and the address slightly to get the negative reviews to disappear.”

With our big site migration, that I’m sure you noticed in January, we had a ton of issues and each account manager got quite behind. After February, the team then had two account managers leave and had to start maintaining all their accounts as well. This is by no means an excuse, but I want to make sure you’re aware that, unfortunately, everyone was behind as far as response time goes. Since then we’ve hired two new account managers and have mostly gotten back up to speed. I understand this doesn’t fix the situation you had with slow response rates, but it was definitely an adjustment period here.

Annee Martin, founder of Sanctuary Vacation Rentals in Pacific Grove, CA, also received unsatisfactory responses, and as the summer comes to a close, Sanctuary has still not seen all of their listings return to the sites.

Martin said, “We have been thoroughly disappointed in the fundamental lack of stability in their service and technology. Uptime is something that we have come to expect from marketplaces, and we do not have these issues with any other providers. The folks at FlipKey have developed a business model that is counter to the goals and practices of professional managers. Their current model may be better for RBOs.”

As for Justin Ford…”We were extremely frustrated that no one at TripAdvisor or Flipkey would take any ownership to fix (the issues). We recently ended our relationship with FlipKey.”

Part 3: Where is TripAdvisor heading with vacation rentals, and how do they stack up against the competition?