Coming to a City near You: As vacation rentals grow in popularity, so do the regulations to stop them 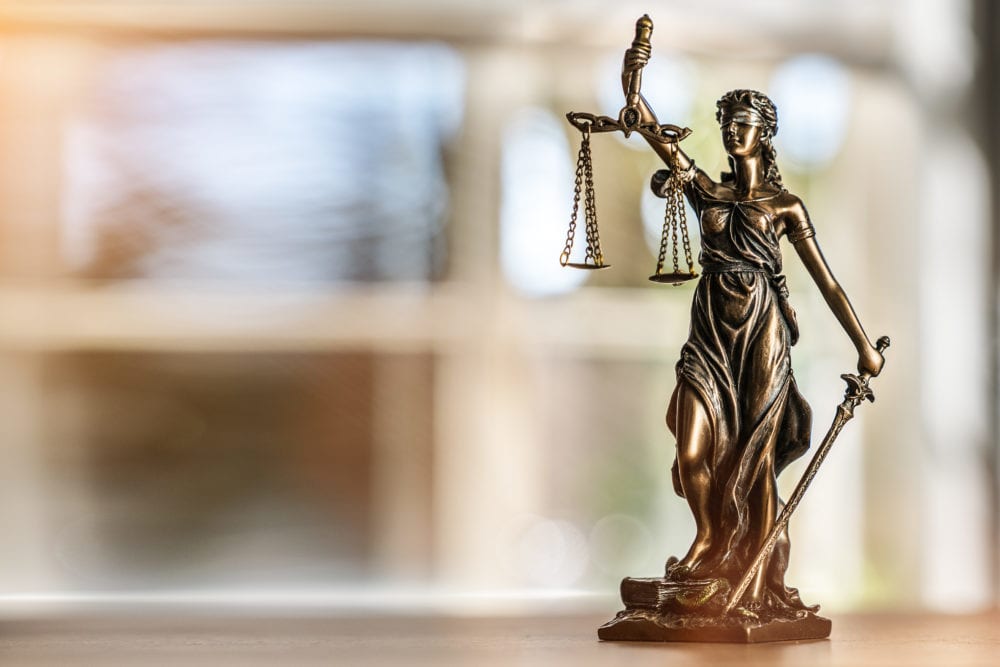 Coming to a City near You: As vacation rentals grow in popularity, so do the regulations to stop them
Alexa Nota

The 2018 legislation season brought the vacation rental industry some high highs, low lows, and everything in between. Cities that had been embattled for years made big moves, communities issued bigger petitions and bigger votes, and they all made one thing clear: the war is not lost, and the battle is only heating up.

“The regulatory landscape has become a tale of two cities: those that have embraced fair and effective policies and those that have turned their back on logic in order to appease special interests,” said Philip Minardi, director of policy communications for Expedia Group, which owns HomeAway. “The industry—platforms, managers, owners, travelers, and partner businesses—has shown more this year than ever before what can be accomplished when we work together. We should take pride in our efforts to win at the ballot box in Palm Springs, California, and in building a coalition to push back against, and eventually overturn, the San Diego ban.” He also highlighted the ordinance the Seattle City Council approved at the tail end of 2017 and the policy San Antonio passed in November.

Despite these bright spots, there has been an increasing tide of proposed bans or effective bans, Minardi said. “Cities like Los Angeles and Las Vegas have passed policies not based in compromise or compliance, but in capitulation to anti-vacation rental voices.”

Here are some of the biggest stories from 2018 and what the industry is watching in the year ahead.

Last spring, Indiana became the fourth state to protect short-term rental owners’ property rights at the state level, joining Idaho, Florida, and Arizona. Indiana’s new regulations prevent municipalities from banning short-term rentals but allow them to regulate noise, safety, permitting, and other things at the local level. Tennessee followed shortly with a bill that protects existing short-term rentals in municipalities but does not stop cities, towns, or counties from banning future rentals. Nebraska would have joined the group too, but its governor vetoed the bill.

On the other end of the spectrum, New Hampshire and Maryland considered bills to give municipalities more power to restrict short-term rentals, but neither was moved forward.

Texas: The state senate passed a preemption bill in the spring of 2017 but it stalled in a house committee. The topic is expected back on the docket in the next legislative session.

Georgia: A bill to prevent localities from regulating or banning vacation rentals has surfaced in the state house before, and some expect it could make the rounds again in 2019. With the session starting January 14, there won’t be any changes before Atlanta hosts the Super Bowl on February 3, but the event could play a role in the debate. The Super Bowl has been a popular weekend for new hosts to list their homes on Airbnb for the first time, generating $1,000+ nightly rates. According to data from Airbnb in December, it estimates hosts on the platform will house 3,829 guests and earn $1.35 million between January 27 and February 3.

On June 5, Palm Springs, California, voters turned down Measure C, a proposition to phase out vacation rentals in single-family neighborhoods in the city over the next two years. The measure was brought forth by the Palm Springs Neighbors for Neighborhoods group. It was struck down by a wide margin, with 6,764 votes (69 percent) against it. The victory has been held up as a model of what vacation rental markets can accomplish.

In April 2017, News Orleans passed strict regulations around short-term and vacation rentals. One year later, the council issued a moratorium on new permits in most districts while it tried to figure out whether the ordinance was working. Affordable housing advocates and the hotel lobby claim it is not. A city planning commission study released in September recommended a ban of nonowner-occupied short-term rentals (STRs) in all noncommercial districts. Councilmember Kristen Gisleson Palmer released a proposal endorsing just that as the clock wound down on the year.

What to watch in 2019: The council will consider Palmer’s proposal in January.

In July, the San Diego City Council adopted regulations allowing a host to be issued one short-term rental license for a primary residence and one additional license for an accessory dwelling unit on the same lot as the primary residence, effectively banning the traditional second-home vacation rental in which the owner does not live on site. Following a referendum petition led by Share San Diego, HomeAway, and Airbnb that collected 62,000 signatures, the city council was forced to either put the issue on the ballot in 2020 or rescind the ordinance. They voted 8–1 to rescind it in October.

What to watch in 2019: The San Diego City Council will head back to the drawing board. Meanwhile, Councilmember Lorie Zapf, the only no vote in rescinding the ordinance, called for “enforcement to begin robustly and in earnest immediately.”

On November 1, the San Antonio City Council voted 8–2 to pass regulations on short-term rentals in the city. The ordinance went into effect immediately and includes licensing, density limits, tax collection, and other rules based on two types: hosted rentals in which the owner or occupant remains on site during the guests’ stays are Type I, and unhosted rentals are Type II. Both types are allowed in most zoning districts, including residential areas, but Type II STRs will be limited in density to one property per eight per block face. Several prominent short-term rental advocates consider this fair and balanced legislation that can be successfully modeled in other cities.

South Lake Tahoe was already one of the most strictly regulated markets in the country prior to a petition calling for a ban of vacation rentals outside the tourist core, a move that would eliminate 75 percent of the city’s 1,800 rentals by 2021. Under the previous rules, violations of things like parking or hot-tub use carried minimum $1,000 fines to both the guest and owner or property manager, leading the popular destination to become known as the “city of $1,000 parking tickets.” Just months after the tightened rules had been put in place, the Tahoe Neighborhoods Group certified a petition to put the ban on the ballot. It passed by just 58 votes. On December 18, a group of local property and business owners filed a lawsuit against the city stating that Measure T is unconstitutional and unenforceable.

What to watch in 2019: The case will be heard January 24. In the meantime, the city has hit pause on implementing the measure.

In Hawaii, Maui County residents voted on an initiative to amend the county charter on penalties. Nearly 52 percent of voters favored increasing the fines of operating a transient accommodation unit without a permit from $1,000 to up to $20,000 plus $10,000 per day the operation continues. Heavy penalties like these have popped up elsewhere in Hawaii, including Honolulu Mayor Kirk Caldwell’s proposal that includes fines from $25,000 to $100,000 per day, which even he calls “draconian.”

On the last working day of the year, Massachusetts Governor Charlie Baker signed Bill H.4841 requiring short-term rental operators to register with the state and pay state excise tax in addition to local taxes and fees, among other regulations. Licensed properties will be listed in a public, searchable online registry. The law will go into effect July 1, 2019.

What Else to Watch in 2019: Your Backyard

Short-term rentals are coming into focus for legislators around the globe. From little-known corners like Cook County, Minnesota, which is considering taxing generations-long family vacation homes as commercial properties, to nationwide urban bans like Ireland’s to address its affordable housing shortage, new vacation and short-term rental legislation lands on council and commission agendas almost daily. And although it may seem insignificant or too far away to matter, every new ordinance is a domino teetering over onto another . . . and another, and another.

David Krauss, short-term rental advocate and cofounder of Noiseaware, sees a negative pattern emerging. “Unfortunately, the pendulum is swinging away from pro-short-term rental regulatory outcomes,” he said. “I believe this is an indication that communities and elected officials, at this point in time, do not yet view short-term rentals are compatible with their vision of their neighborhoods. Paradoxically, the consumer demand and satisfaction with short-term rentals as an accommodation option continues to increase.”

Looking ahead, Krauss sees a more data-driven, sophisticated conversation happening. “Much of the debate these days is emotionally and anecdotally driven,” he said. “Strict ordinances and ‘bans’ will start to get their report cards in 2019, and I don’t think they will get a passing grade. Elected officials will have to ask themselves, ‘Did the legislation we passed achieve the intended outcome?’ If the answer is ‘no’ then they will have to look into an approach that is more focused on regulating, monitoring, and enforcing reasonable rules versus prohibition as a strategy.”

“I think 2019 will be another year of limbo and uncertainty,” he added. “I think it will be two or three more years before there is a generally accepted, effective framework for regulating short-term rentals.”

His top advice for property managers is to go to city hall and meet elected officials ASAP. “You will be facing them at some point,” he said, “and the battle lines will be drawn by the time the topic of STRs is on the docket. In cities where there has been an engaged, organized STR community, the regulatory outcomes have been better. It’s easier for the opposition to rally around fear and NIMBYism, so getting a head start is the best option. A good offense is the best defense and we, as an industry, are on defense by and large.”

Journey Mapping: Attract and Retain Employees by Mapping the Employee Experience
Is it Time to Update Your Social Impact Strategy?